What happened after the Romans left?

he Romans left the Antonine Wall around 162 AD. The buildings were destroyed but the rampart and the ditch remained and became part of the landscape. At Watling Lodge, near Falkirk, a Motte and Bailey castle was built using the features of the Wall. Nothing remains of Maiden Castle but to learn more about Motte and Bailey Castles in Scotland, have a look at Duffus castle
Click here for activities around medieval castles

As the Roman past became forgotten the Wall was referred to as Gryme’s Dyke in medieval history and later became Graham’s dyke. The name is still visible on old maps ( see below, the William Roy map of 1793 https://maps.nls.uk/view/74486036 ) and in towns like Bo’ness today.
There are several theories to that name change:
* It could refer to a powerful King who destroyed the Wall and then link to the Clan Graham
* Graeme / Gryme is the nickname for the Devil, making the Antonine Wall the Devil’s Wall. This ties is in with the nickname given to the German Limes: Teufelsmauer, Devil’s wall in English. Such a mark in the landscape could only be the work of the Devil.
* Grim is a by-name for Odin or Wodan from the Norse mythology who liked to build impressive earthworks in a short time. This certainly applies to the Antonine Wall! There are several Grim’s ditches in England associated with ramparts. A Wodan badge from the time was found in Scotland ( see picture)
What do you think? 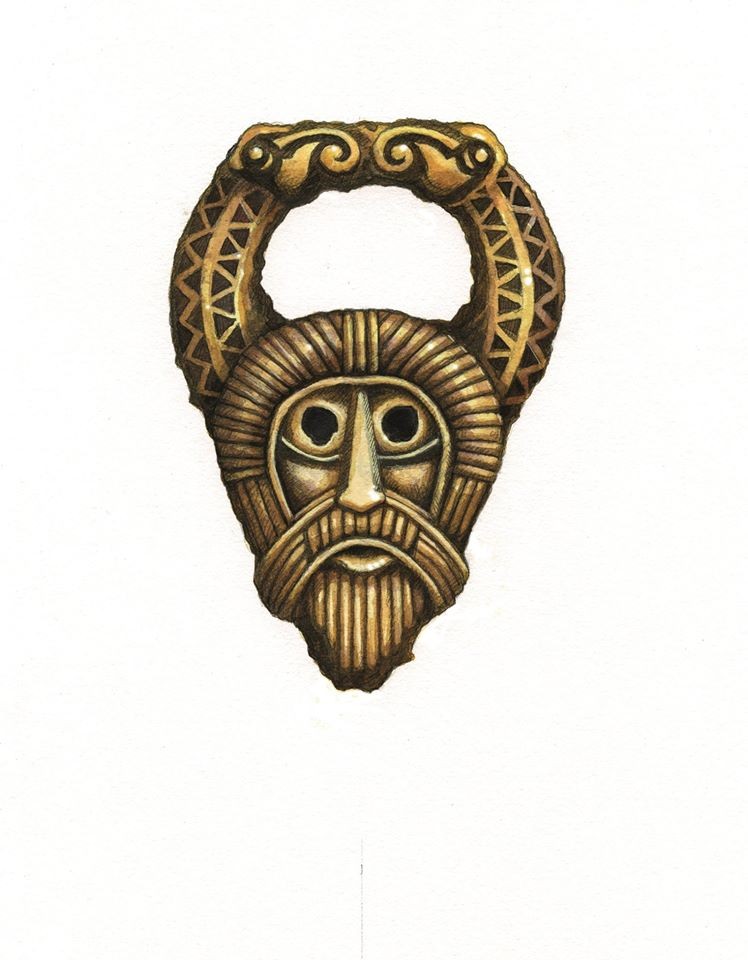