How was the Wall Built? 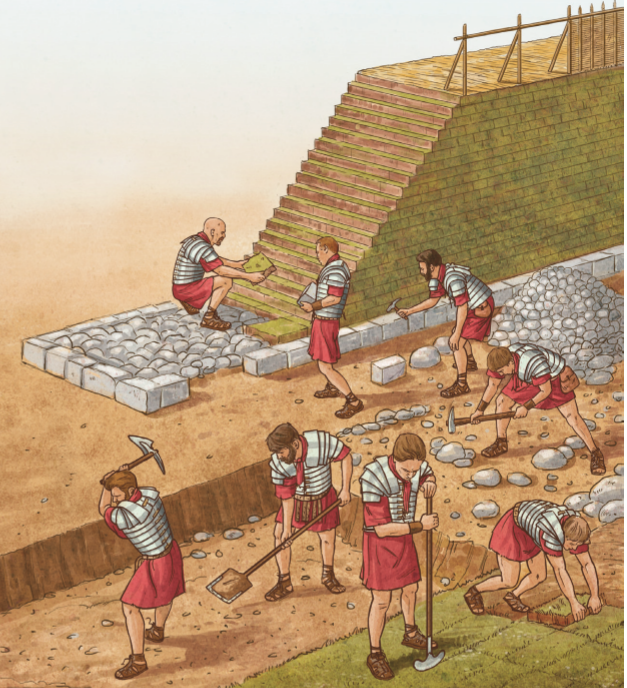 The Antonine Wall was built from lots of layers of turf laid on a stone base. In front of this turf wall was a deep ditch. Behind the Wall was a road called the Military Way. This helped soldiers travel quickly from place to place. When they were building the Wall, the soldiers lived in tents in camps nearby.

Print out this worksheet to learn more, or try to spot the differences on this one.

Once you know how it was built, why not try building it in lego? 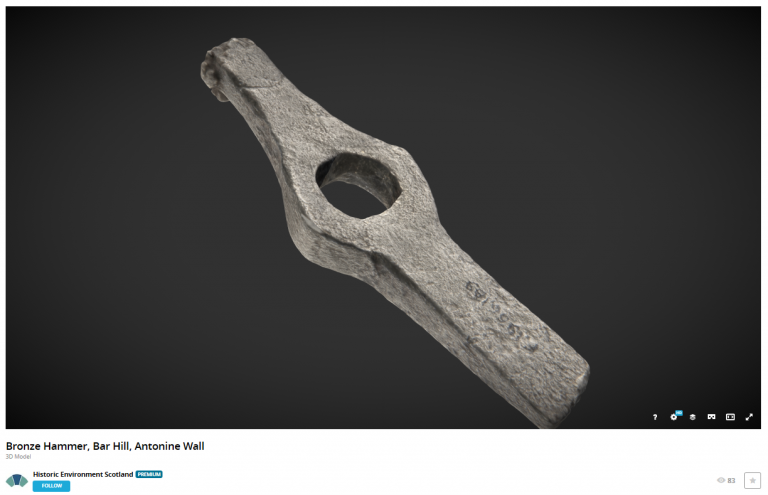 This is a bronze hammer head (the handle is missing) that was used by a soldier at Bar Hill Fort. Clearly, he didn’t trust his colleagues not to steal his tools, as he scratched his name, Ebutius, onto it!

Find out more about it here .

All along the Wall, soldiers put up elaborately carved stones to record the length of Wall that they had just built. The largest was put up at Bridgeness, Falkirk, and the original is now in the National Museum of Scotland in Edinburgh. But in 2012 the local community commissioned and unveiled a fantastic replica, that was put up in Bo’ness
To find out more, watch their video